As RealityChek regulars know, I’ve long been strongly critical of the American Mainstream Media (MSM), and presented any number of examples of its brazen bias – including, and in fact especially, in ostensible straight news reports. My main focus has the pronounced slant of these big, influential news organizations’ in favor of interventionist U.S. foreign policy globalism, supportive of Open Borders-like immigration policies, against any departures from jobs- and growth-killing trade agreements, and unremittingly hostile to anything said or done by President Trump.

But I’ve also paid attention to media bias on largely domestic issues, and in particular on the adoption (notably by The New York Times) of a clear perspective endorsing – and often embodying – the emergence of a highly intolerant strain of progressivism and in American life, and a view of the country’s society, politics, and history stressing the central role of what’s called systemic racism.

At the same time, even though I’ve cited numerous examples of all the above developments, there still aren’t enough to prove a trend. Recently, however, exhaustive evidence has emerged on the systemic racism front, and we can thank a political science student named Zach Goldberg who’s conducted wide-ranging research on the subject for his Ph.D. and just published in the on-line magazine Tablet.

Goldberg has performed the kind of content analysis that’s only become possible with new information technology tools, literally counting the number of times The Times, The Washington Post, and The Wall Street Journal in particular have used words describing what he calls “wokeness”: “a prevailing new political morality on questions of race and justice that has taken power at The Times and Post—a worldview sometimes abbreviated as “wokeness” that combines the sensibilities of highly educated and hyperliberal white professionals with elements of Black nationalism and academic critical race theory.”

His main finding: this racial wokeness’ takeover of The Times and the Post in particular preceded the death of George Floyd at the hands of Minneapolis police by several years; that it’s completely unrelated to any change in levels of racism in the United States; and that it at the very least correlates – and may have played a big role in triggering – a significant rise in the numbers of Americans who agree with the woke/systemic racism claims.

This graphic shows the skyrocketing increase in the use of wokeist race relations terms by these publications. The absolute percentages are of course tiny. But keep in mind that they represent shares of all the words in these publications, and that recent years haven’t exactly been devoid of major developments in countless other fields.

This graphic, when combined with the first, indicates how robustly American perceptions of racism’s pervasiveness has risen in tandem with the Mainstream Media’s treatment of the phenonemon. And the strongest effect has been among white liberals. 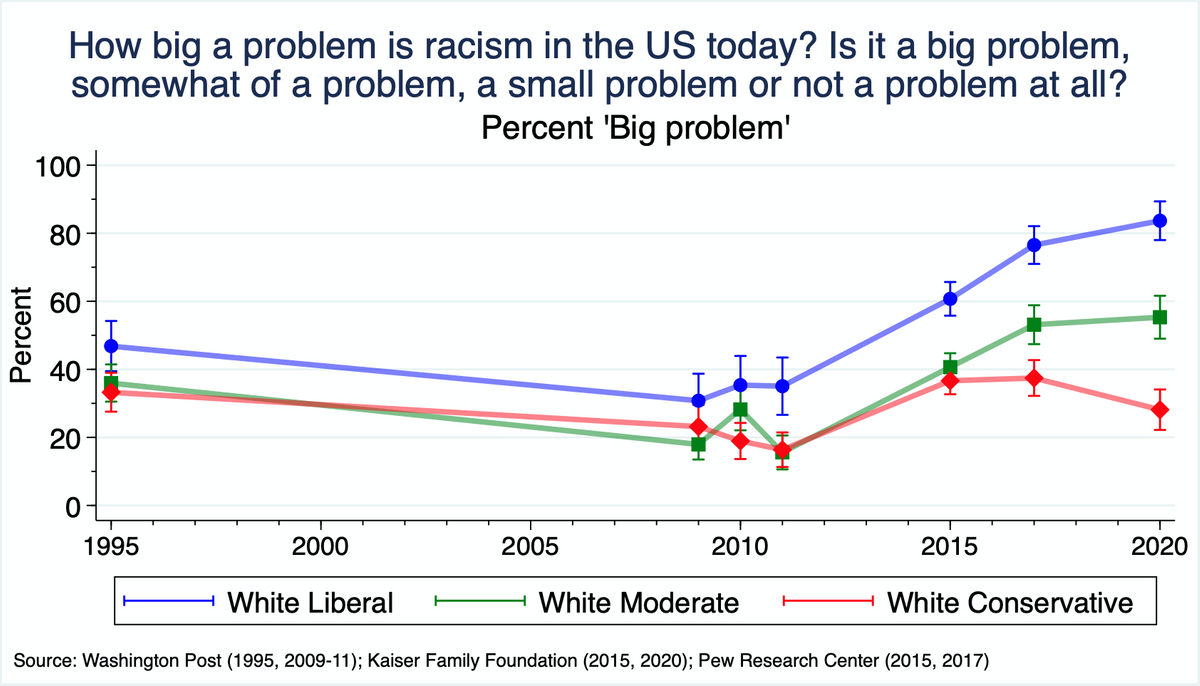 Indeed, although the graphic below covers a somewhat different timeframe, it makes clear that not only did white Democrats’ views on the power of American racism increase as the Mainstream Media became much more racially woke, but minority Democrats’ views of this subject actually decreased during the December, 2006-June, 2015 period. That’s compelling evidence that these news organizations became woke racially even though the racism-in-America situation might actually have improved. 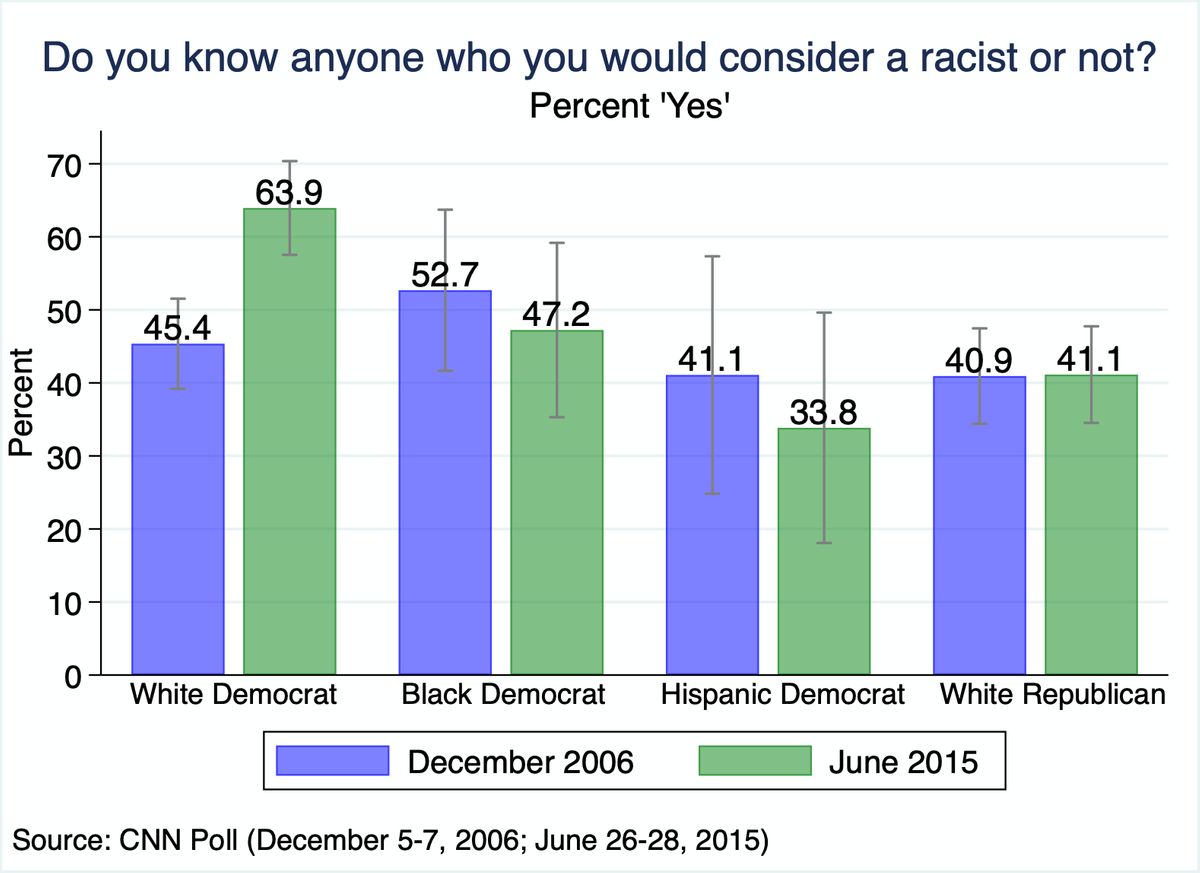 Although I clearly disagree with most of what I see as the fundamentals of woke thinking, like Voltaire, I would resolutely defend anyone’s right to express them. And that includes Mainstream Media reporters and pundits and editorial writers alike. All I (and others like me) would insist upon is that news writing clearly be labeled newswriting, and opinion clearly be labeled opinion. Goldberg’s research makes a powerful case that way too much of what Americans have always regarded as reporting of the facts that at least tries to be objective has turned into propagandizing, and that the nation is a much more polarized and angrier place as a result.

P.S. Thanks to Fred Bauer, whose FredBauerBlog always makes excellent, important reading, for calling my attention to Goldberg’s work.